The First  Church of Boxford was formed in 1701 when the parishioners of Boxford were granted independent status from Topsfield Church. A meeting house was built, in which all town meetings and civic gatherings were held until 1800, when they were held alternatively in West Boxford. The meeting house building was replaced in 1742 and again in 1836. The church was likely used for storage of arms and gunpowder during the Revolutionary War, in the absence of a dedicated armory in the area until 1801. The current church, known as First Church Congregational Boxford, is a member of the Conservative Congregational Christian Conference (CCCC). 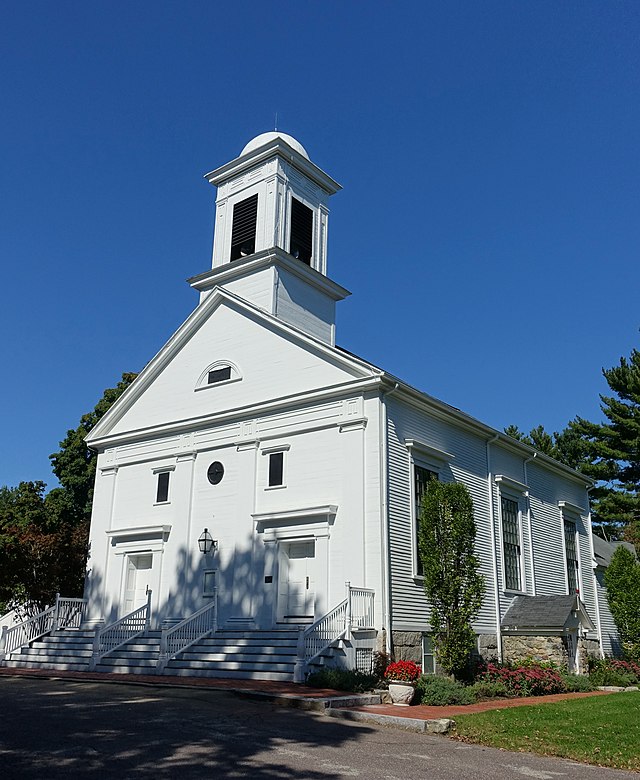