The First Church of Worcester, Mass., was organized in 1716.  The first meetinghouse was erected in 1719, and the Rev. Andrew Gardner (1691-1773) was installed as the first minister. After 1854, it was more commonly referred to as the Old South Church, though never incorporated with that name. The church was incorporated as the First Church, Old South in 1908 and was called that until 1965 when it merged with the Tatnuck Congregational Church to form the First Congregational Church in Worcester.

Among its early pastors were Rev. Isaac Burr (1697-1751) and Rev. Thaddeus Maccarty (1721-1784). After the death of Rev. Maccarty in 1784, the church split due to the opposition of some church members to the election of Rev. Aaron Bancroft (1755-1839). The members who did not oppose the election of Bancroft formed the First Church, Second Parish of Worcester, Mass. (now known as the First Unitarian Church). 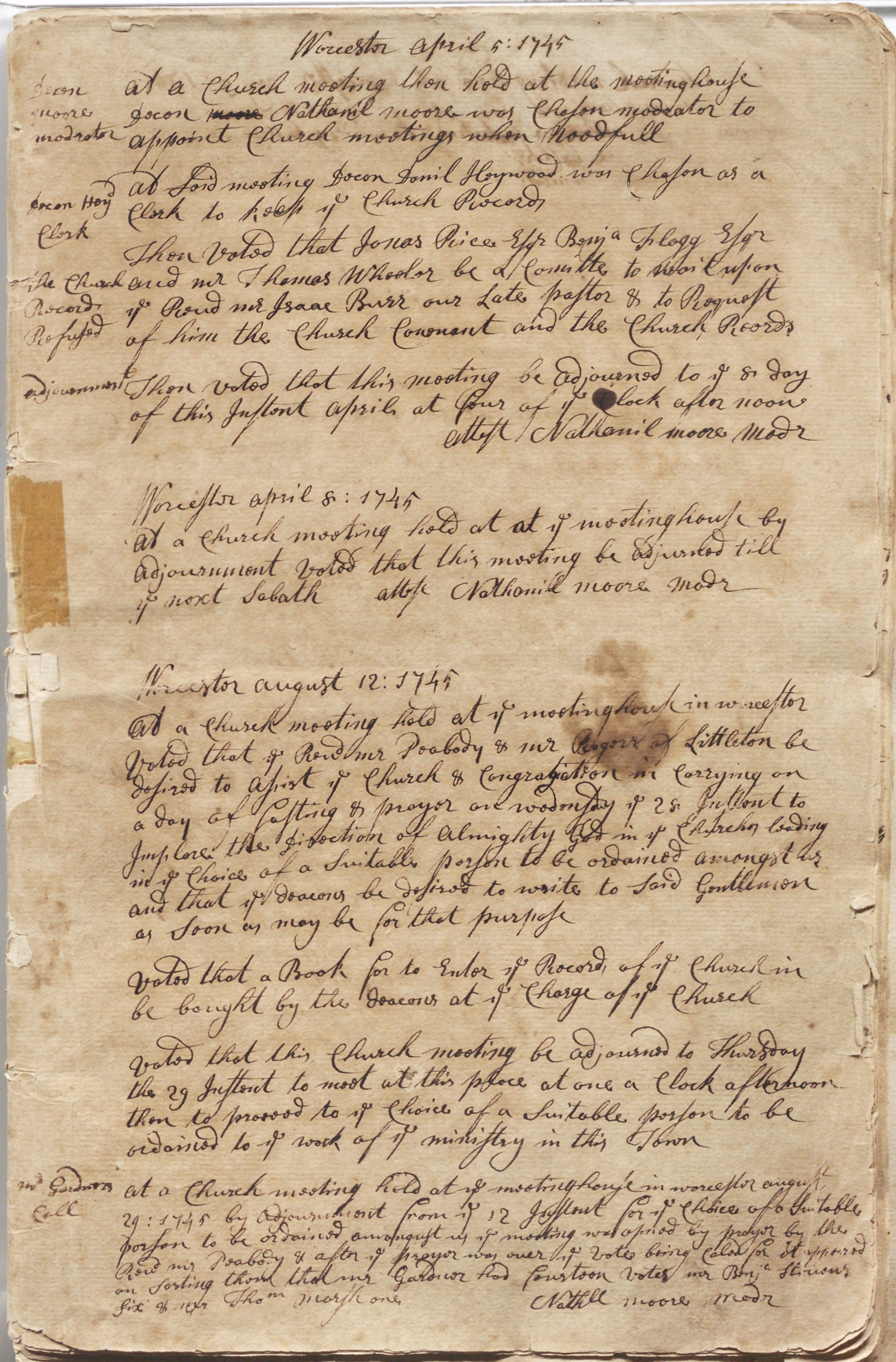