Browse the First Church of Christ records of Northampton, Massachusetts

The First Church in Northampton was gathered June 18, 1661. The Congregation was established by representatives from the Churches of Christ from Dorchester, Roxbury, Springfield, and Hadley. The founding members of the church were Eleazear Mather, William Clarke, Henry Cunliffe, and Henry Woodard, all originally members from the Dorchester church.

Their first minister was Elezear Mather, followed by Solomon Stoddard. Stoddard's grandson, Jonathan Edwards, became their third minister, who served from 1727-1750. Edwards' departure centered around his refusal to accept the Half-Way Covenant.

Find out more about Northampton, Massachusetts. First Church of Christ records, 1661-1845. View this collection's finding aid at the Congregational Library and Archives 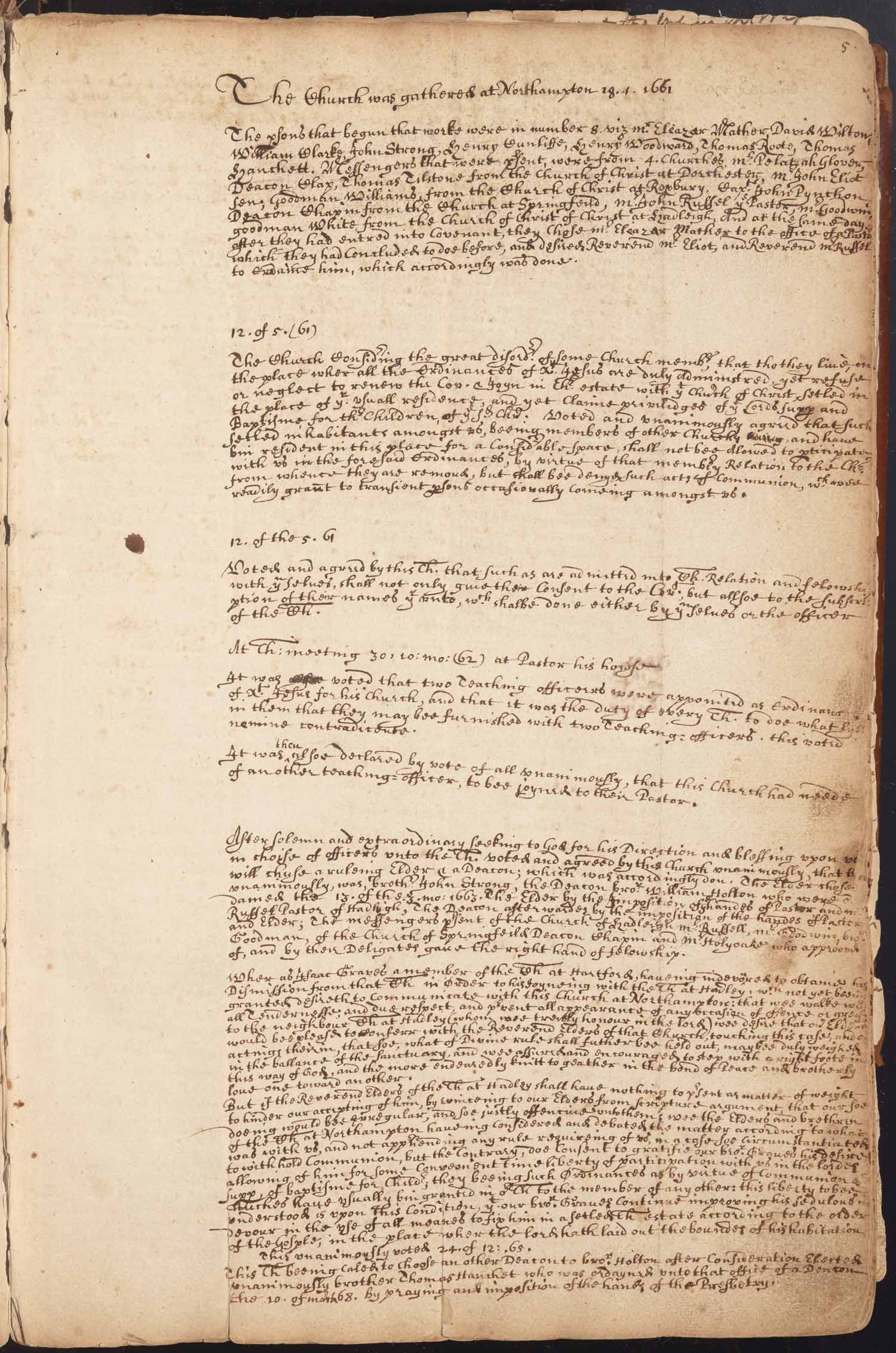