Browse the First Church of Christ records in Pittsfield, Massachusetts

The First Church of Christ in Pittsfield, Massachusetts, was first organized in February 1764. Construction on the first meeting house was begun in 1761 but work was not completed until 1770. Thomas Allen was called to be the first minister of the church and he was ordained as pastor on April 18, 1764. Planning for a second meeting house began in 1789 in order to meet the needs of the growing congregation and construction was completed in 1793.

Thomas “Parson” Allen was also called the “Fighting Parson” and was well remembered for his strong support for the American Revolution. He was said to carry his musket into his pulpit and was supposed to have fired the first shot against the British at the Battle of Bennington. Thomas Allen also had strongly held political beliefs. During the American Revolution, Allen was very anti-loyalist and following the American Revolution Allen’s political beliefs became anti-federalist. This led to a schism within his church along political lines during the last years of his ministry; Allen even offered to resign in 1809 over the schism though ultimately poor health and eventually his death in 1810 meant that his resignation was never accepted. From this schism the Union Parish of Pittsfield was formed by Federalists in 1809.

During the ministry of John Todd, on February 9, 1851, the second meeting house was partially destroyed by a fire. Construction on the third meeting house, which was designed to be a stone building, began in May 1852 and was completed on July 1853. A parish house and chapel was added to the building between 1868 and 1870. This was renovated and expanded in 1893. In 1899, the French Church in Pittsfield was established with members meeting at the third meeting house and the Italian Church was likewise established not long after in 1908. The First Church of Christ became the first Congregational church in the United States, in 1907, to join the home missions movement on its own by sponsoring T. S. Winey and his work in Wyoming. In 1952, the whole church was renovated; that same year the church and parish were incorporated as a single entity. Three years later, in 1955, the French and Italian churches formally merged with the First Church of Christ.

The First Church of Christ in Pittsfield continues to serve the community to this day.

Find out more about Pittsfield, Masachusetts. First Church of Christ records, 1764-1864. View this collection's finding aid at the Congregational Library and Archives 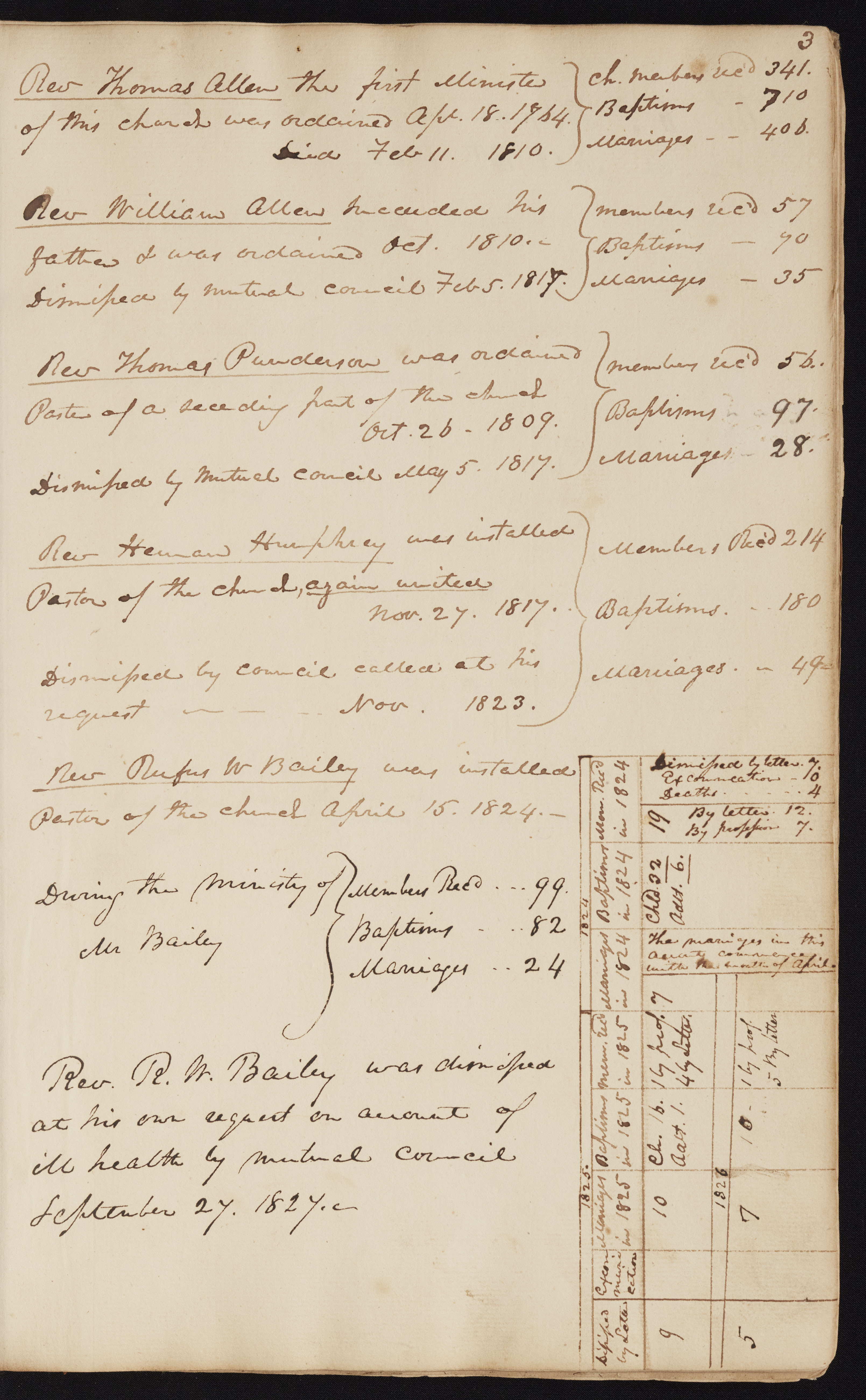