The Essex Middle Association, which would later become the Essex North Association, was formed in Rowley, West Parish (now Georgetown) in 1761. Noteworthy members included Rev. John Cleaveland, who ministered Chebacco Church in Ipswich for 52 years. The Association weighed in on various social issues throughout its long history, including slavery and the temperance movement. In 1840 members attempted, via written correspondence, to sway the Charleston Union Presbytery, SC against the practice of slavery, but were met with a terse rebuttal.

The Essex North Association merged with the Essex South Association and later the Andover Association to eventually become the Northeast Association within the Massachusetts Conference of the United Church of Christ. 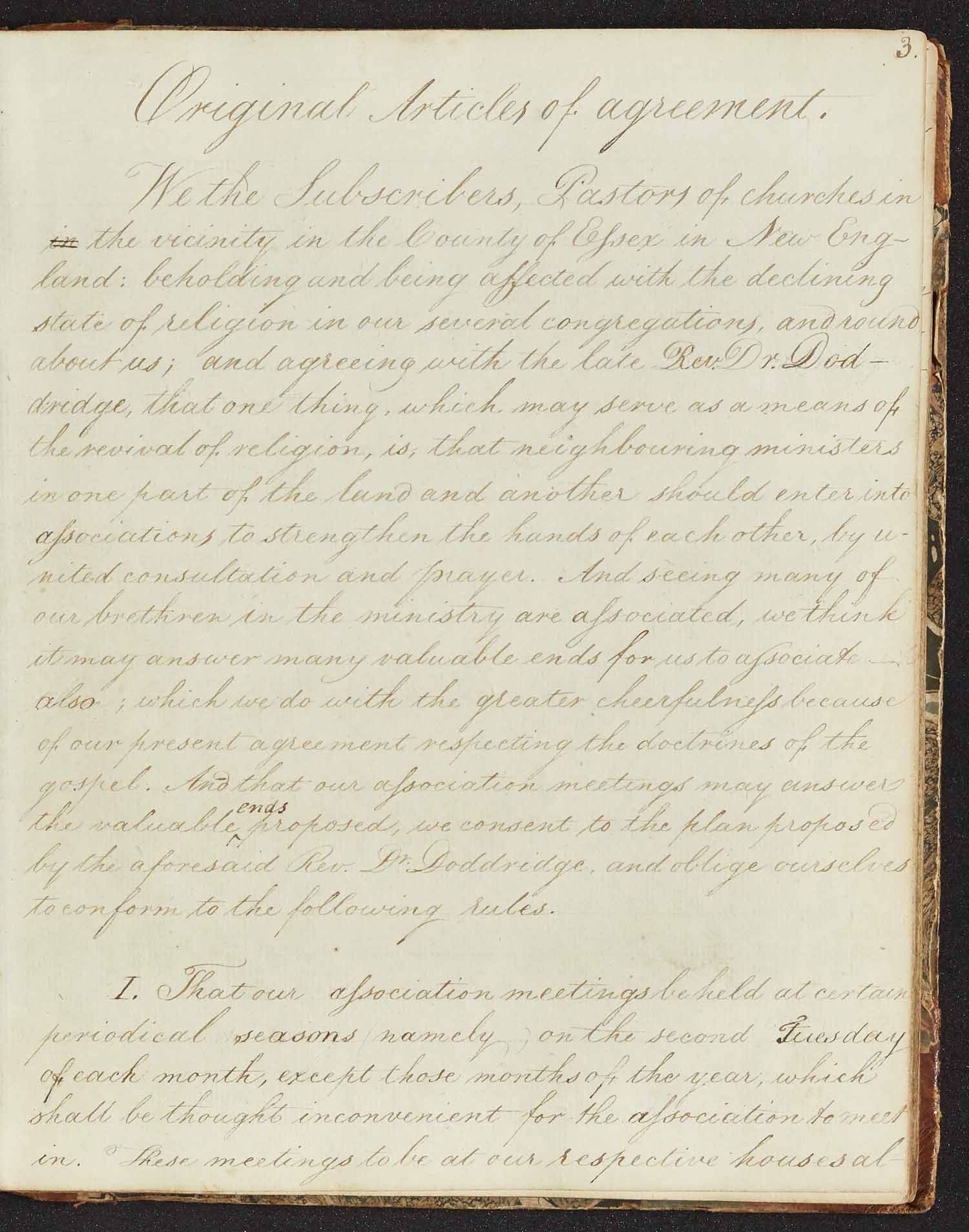