Rev. Edward Barnard (1720-1774) was the son of Rev. John Barnard of Andover. A classical scholar, he graduated at Harvard in 1736 and was ordained in 1743, ministering to the First Church in Haverhill, Mass. Four of his sermons and one poem were published. Rev. Barnard's personal theology tended toward the doctrine known as Arminianism, which emphasized the importance of free will in personal salvation. This caused controversy within the Haverhill church, and a portion of the congregation consequently ceded and became Baptist. The volumes below include over two-hundred of Rev. Barnard's sermons, preached mainly at Haverhill. The first three sermon volumes are dated and encompass a broad swath of Rev. Barnard's career, from 1739-1774. The latter six volumes are largely undated, with occasional exceptions.

Find out more about Edward Barnard sermons, 1739-1774. View this collection's catalog record at the Phillips Library 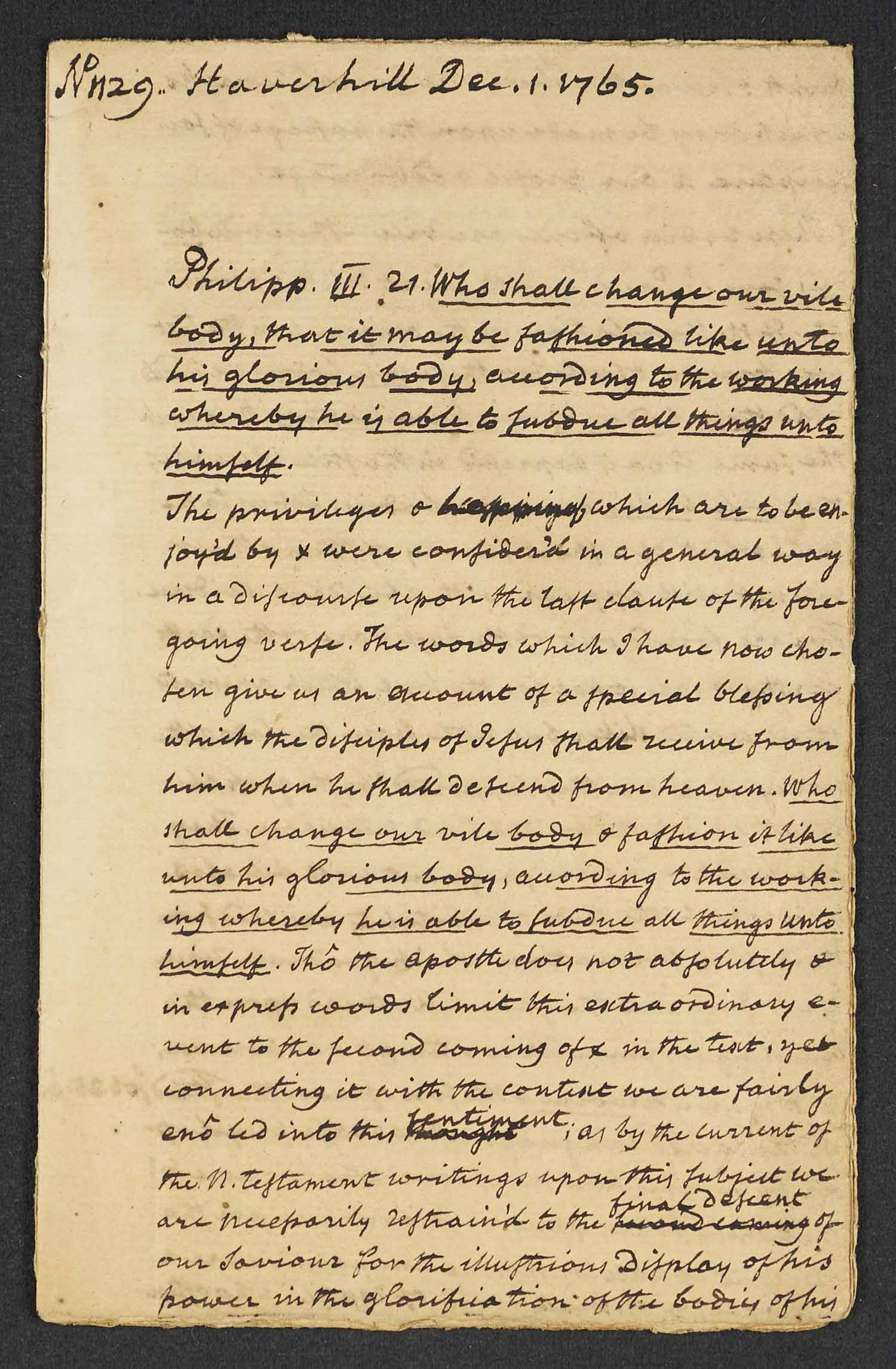