Ebenezer Storer (1729-1807) graduated from Harvard with a bachelor's degree in 1747 and a masters in 1750, along with an ad eundem degree from Yale in the same year. He married Elizabeth Green in 1751, was a merchant in Boston, and became the Treasurer of Harvard College in 1777. Storer was a member and deacon of the Church in Brattle Square, Cambridge, as well as an early member of the Society for Propagating the Gospel in North America, the American Academy of Arts and Science, and several other organizations. He kept a sporadic diary consisting of long form entries detailing deaths in his family and providing meditations on death and other spiritual matters. He includes excerpts of both prayers and poetry, much of the latter authored by the celebrated English Congregational minister Isaac Watts. 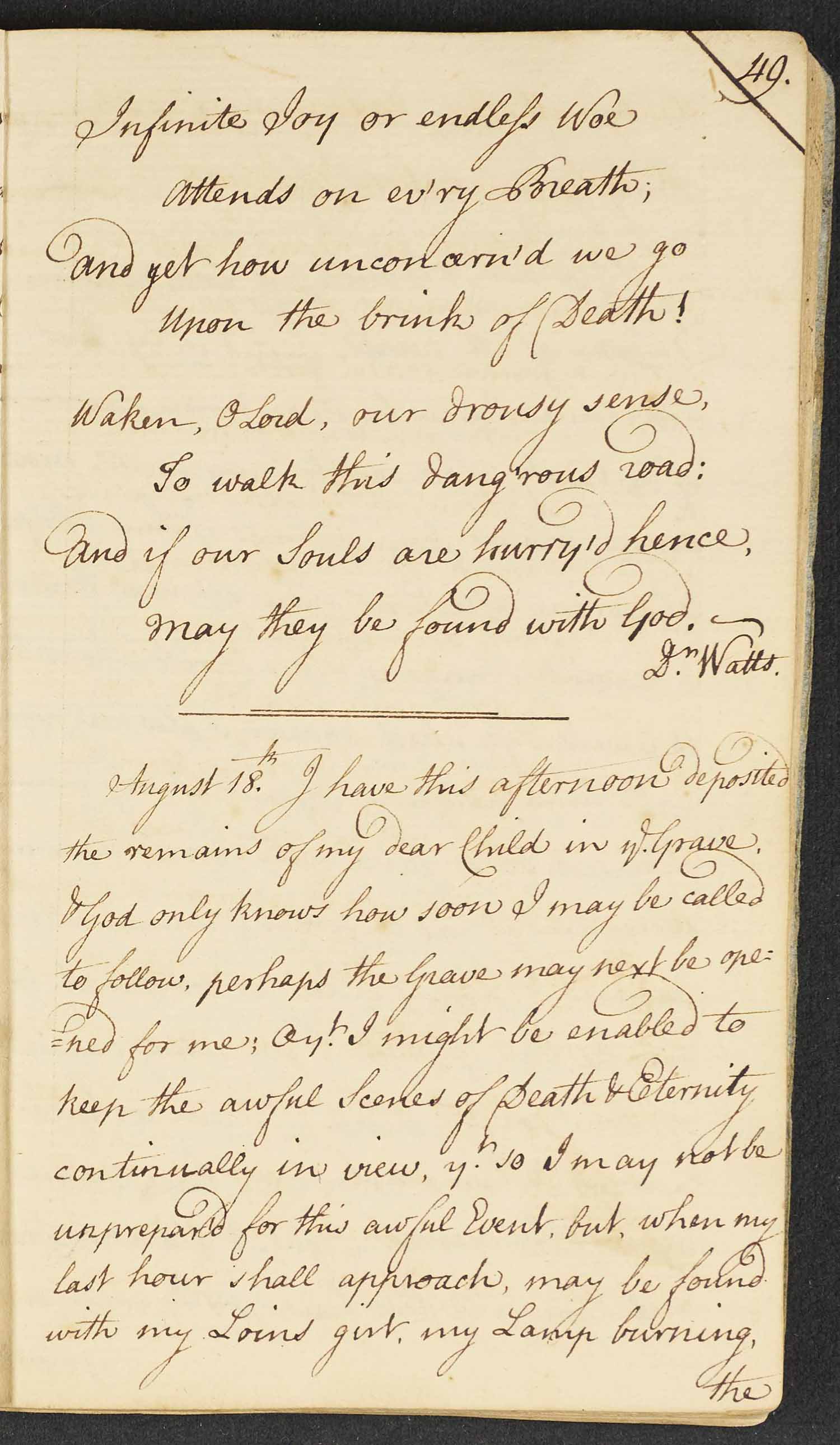