Rev. Ebenezer Parkman (1703-1782) of Boston and Westborough, Mass. is most historically notable for the detailed diaries which he kept throughout his life. He graduated from Harvard in 1721 and received a Master's degree in 1724, going on to become the first minister of the Congregational Church in Westborough. He was ordained in 1724 when the church was organized. Shortly before his installation he married Mary Champney, who died in 1736. His second wife, whom he married in 1737, was Hannah Breck, the daughter of the late Rev. Robert and Elizabeth Breck of Marlborough, Mass. Rev. Parkman continued his ministry in Westborough until his death in 1782, in the 80th year of his age and the 58th of his ministry. Two of his sermons were published during his lifetime.

Rev. Parkman's ministry encompassed both the Great Awakening and the American Revolution. He was a moderate New Light, associating with the Rev. George Whitefield during the famous evangelist's first missionary journey to New England. He also refused to condemn Whitefield despite pressure to do so by his local clerical association. In contrast, he was troubled by the increase in uneducated itinerant preachers, and discouraged his parishioners from crying out with evangelical fervor during church services.

Rev. Parkman was initially skeptical of the Revolution and characterized the Stamp Act riots of 1765 as "a melancholy occurrence." After the Battle of Lexington and Concord he signed a manifesto "for peace sake and to avoid a rupture among us." However, he increasingly warmed to the idea of Independence, especially when his eldest son, Ebenezer Jr., joined the Continental Army. Another son, Samuel Parkman, became a wealthy merchant in Boston. Samuel was the father of George Parkman, who was murdered by Harvard professor John White Webster in Boston's infamous Parkman-Webster murder case of 1849.

Materials in this collection have been digitized in partnership with the American Antiquarian Society and the Westborough Public Library and have been made available through our New England's Hidden Histories project. 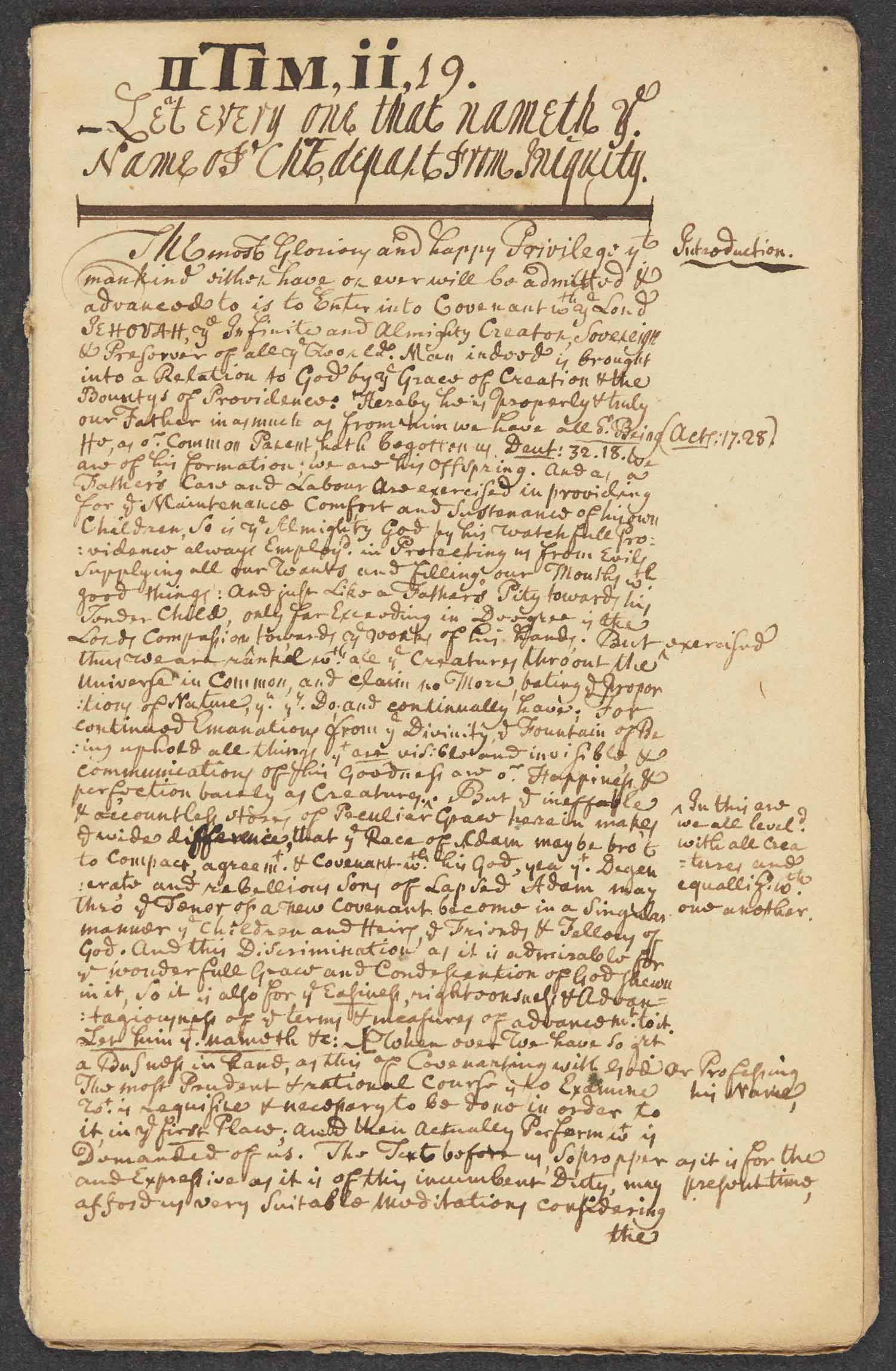