Rev. Dudley Leavitt (1720-1762) was originally from Stratham, NH. He graduated from Harvard in 1739. He was ordained and appointed minister of the Salem Tabernacle Church in 1745, where he remained until his death in 1762. He succeeded the controversial minister Rev. Samuel Fisk, whose dispute in 1735 with the First Church in Salem had led to the Tabernacle Church's creation.

The collection consists of two volumes of Rev. Leavitt's sermons, preached from 1740-1751 in Salem, Mass. The formatting is simple, with each entry headed by a bible verse and followed by unbroken sermon text. Scriptural passages are largely drawn from the New Testament. The second volume includes a foray into politics, with a diatribe against the Jacobite Uprisings in Scotland during 1746.

Find out more about Dudley Leavitt sermons, 1740-1751. View this collection's catalog record at the Phillips Library 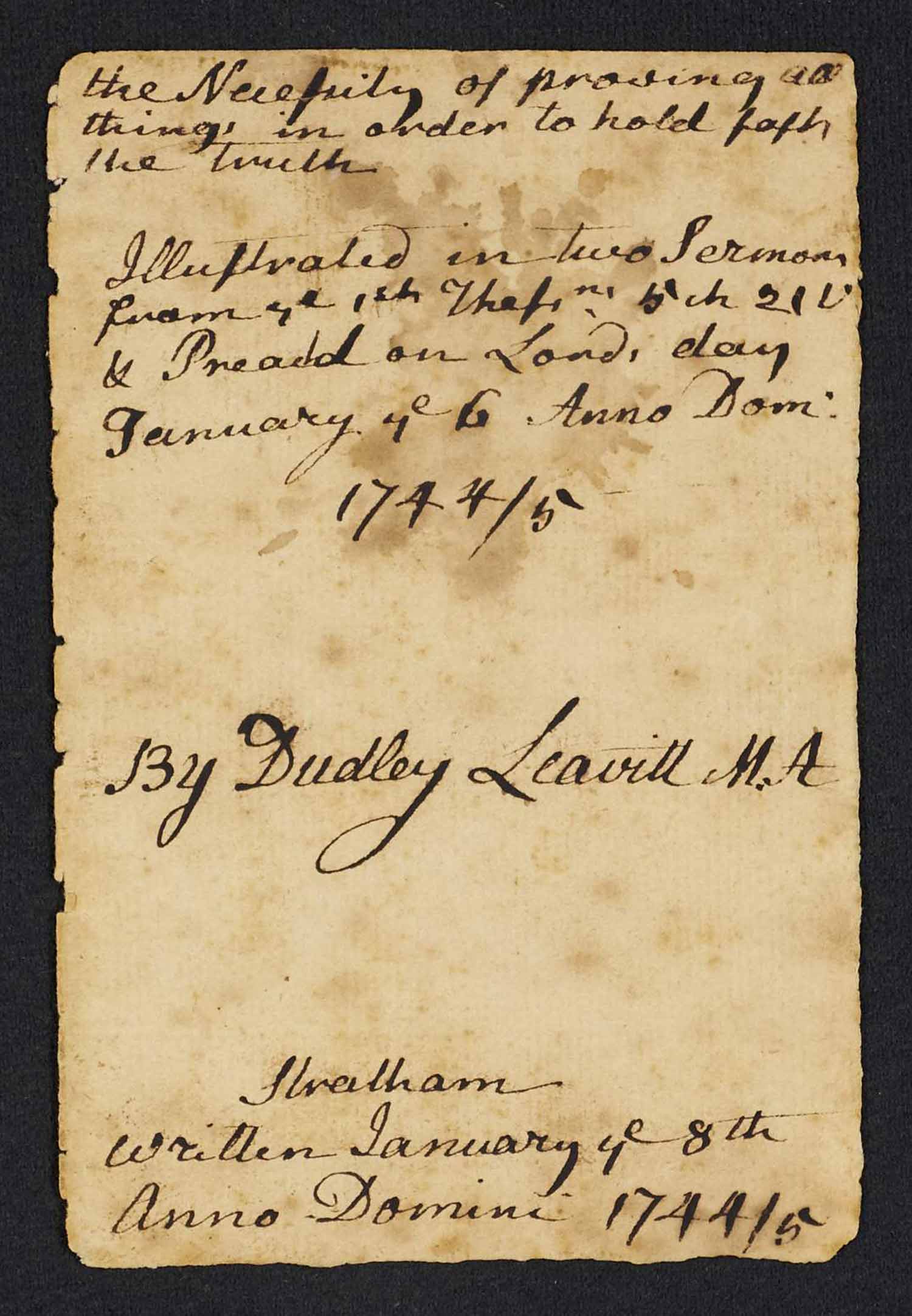