Rev. David Avery (1746-1817) was born in Franklin, Connecticut. He graduated from Yale in 1769, studied theology at Dartmouth College, and was ordained as a missionary to the Native Americans in 1771. After serving as an army chaplain during the Revolutionary War, he was installed as the pastor in Bennington, Vermont in 1780. He moved to Wrentham, Massachusetts in 1783 to replace the minister of the First Church in Wrentham, who had died in office. While at Wrentham, Rev. Avery had an increasing number of difficulties with his parishioners, largely over his strict adherence to disciplinary rules, and he was eventually dismissed from his service in Wrentham in 1794. From there he moved back to Connecticut and served the church in Union for a few years before resuming his missionary work. He died of typhus fever at age 71.

Find out more about David Avery papers, 1794. View this collection's finding aid at the Congregational Library and Archives 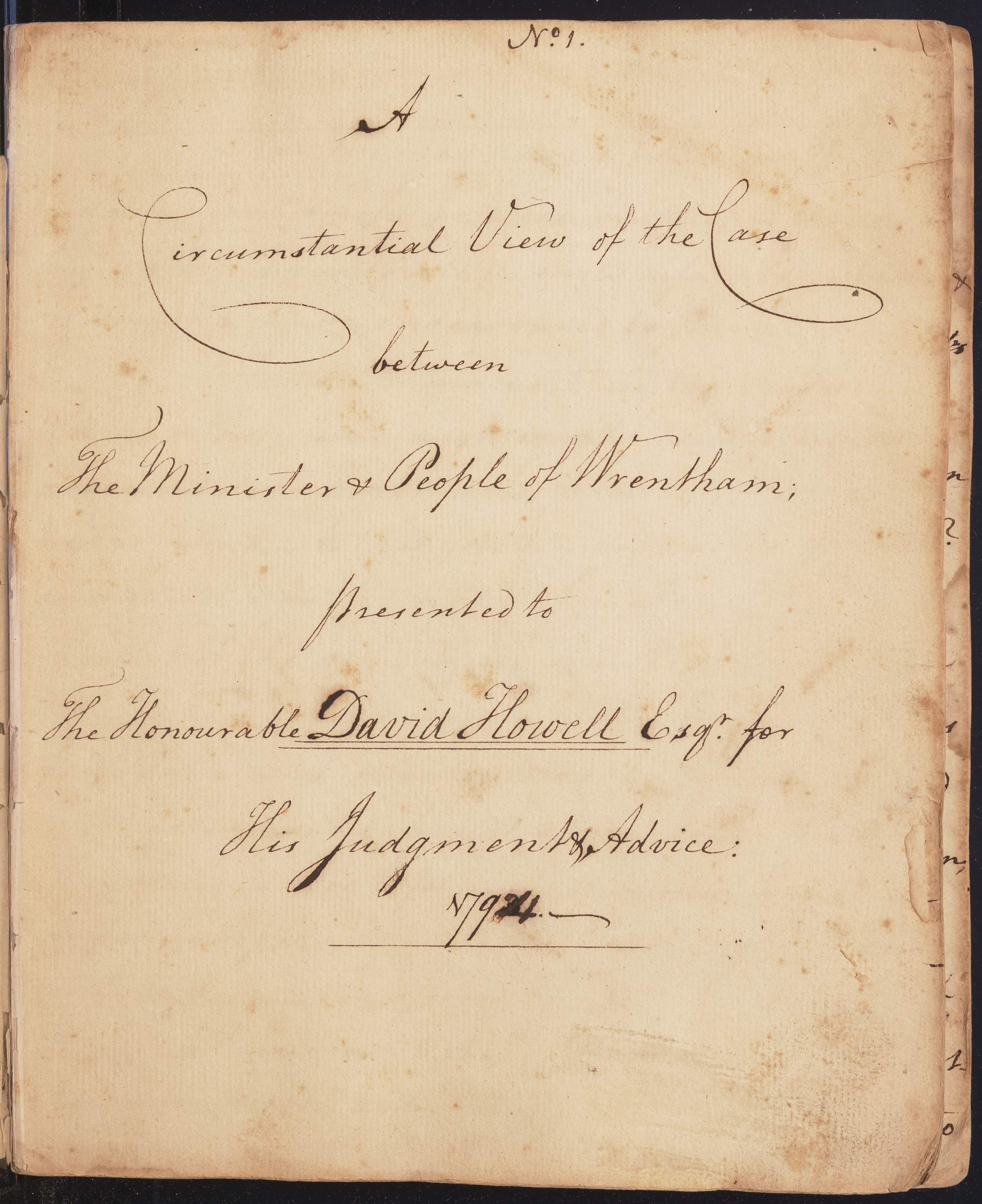