Rev. Daniel Rogers (1707-1785), son of the Rev. John Rogers of Ipswich, Massachusetts, graduated from Harvard in 1725. He remained at the college as a tutor for nine years, and was eventually ordained as an evangelist at York, Maine in 1742. He was installed pastor of the Second Parish Church in Exeter, New Hampshire (established 1744) on August 31, 1748. He continued in office there until he died in 1785, at 79 years of age. He was converted to evangelism by the preaching of Rev. George Whitefield and was one of the pall bearers at Rev. Whitefield's funeral in 1770.

The digital collections below consist of numerous of Rev. Rogers's sermons, encompassing his time at both York and Exeter, dating from 1741-1799. Occasional sermons in the collection however appear to be of different authorship, including two which are dated after the year of his death. 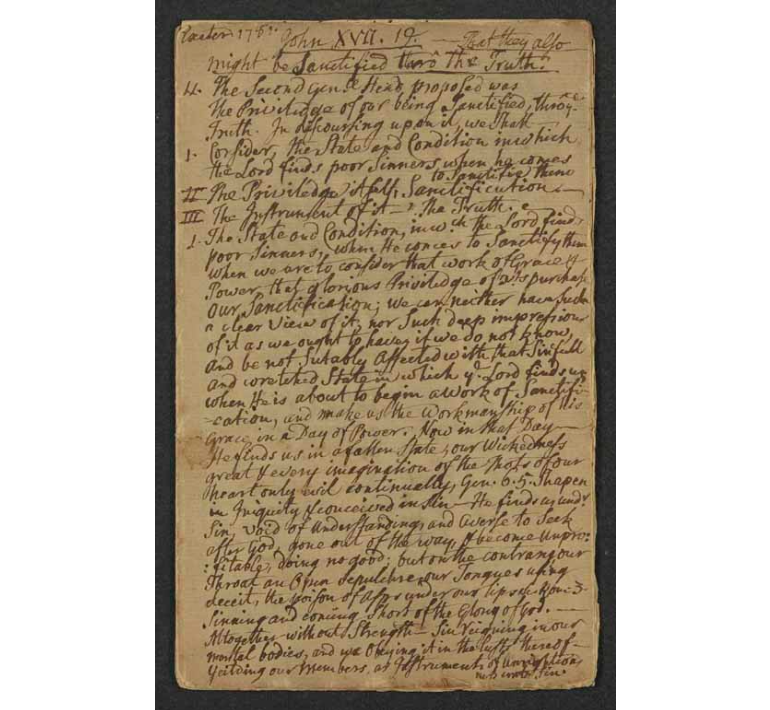