The Cumberland Association of Congregational Ministers was the first organization of its kind in the state of Maine. At the time of the Association's foundation in 1788, there were a total of 15 or 16 organized churches in the whole of Cumberland County. The inaugural meeting of the Association was at the house of the Rev. Thomas Browne, the first minister of Stroudwater parish, and included 8 Congregational clergymen in total. The society was formed, according to records, "for the purposes of edification, which are the useful designs of such establishments". Meetings were subsequently held quarterly in May, July, September, and November. Members met to discuss the local state of religion and to hear a sermon or lecture delivered on a relevant topic.

In the May meeting of 1793, the Association explicitly incorporated charity and missions work into its operations, including provisions for the preaching and supply of the more remote parts of Cumberland County. By 1800 the Association totaled 17 members, representing 16 Congregational churches. Their records include rulings on the use of music in church, which was deemed allowable in certain circumstances, and on the question of baptism and the Half-way Covenant. In 1813 a measure was introduced to ban the consumption of "ardent spirits". From 1811 the Association began granting clerical certifications, in which candidates were subject to an exam and a review of their personal theology. The resulting license was considered equal to a college degree for prospective ministers.

For the first three decades of its existence, the Cumberland Association had no formal statement of doctrine. This began to change in 1811 when an attempt was made to require each member to write a statement laying out his doctrinal views. A widespread controversy over Unitarianism swept New England in 1815, and this likely influenced the adoption, in May 1820, of a constitution and creed for the Association, which excluded both Unitarianism and Universalist theologies, and which new members were required to sign.

A modern version of the organization continues today as the Cumberland Association of Churches and Ministers and is affiliated with the United Church of Christ.

This collection consists of a bound volume of Association records which are administrative in nature, and largely comprise meeting minutes as well as lists of rules and regulations. A portion of the Association's other records were destroyed in Portland's Great Fire of 1866.

Find out more about Cumberland Association of Congregational Ministers records, 1788-1839. View this collection's catalog record at the Maine Historical Society 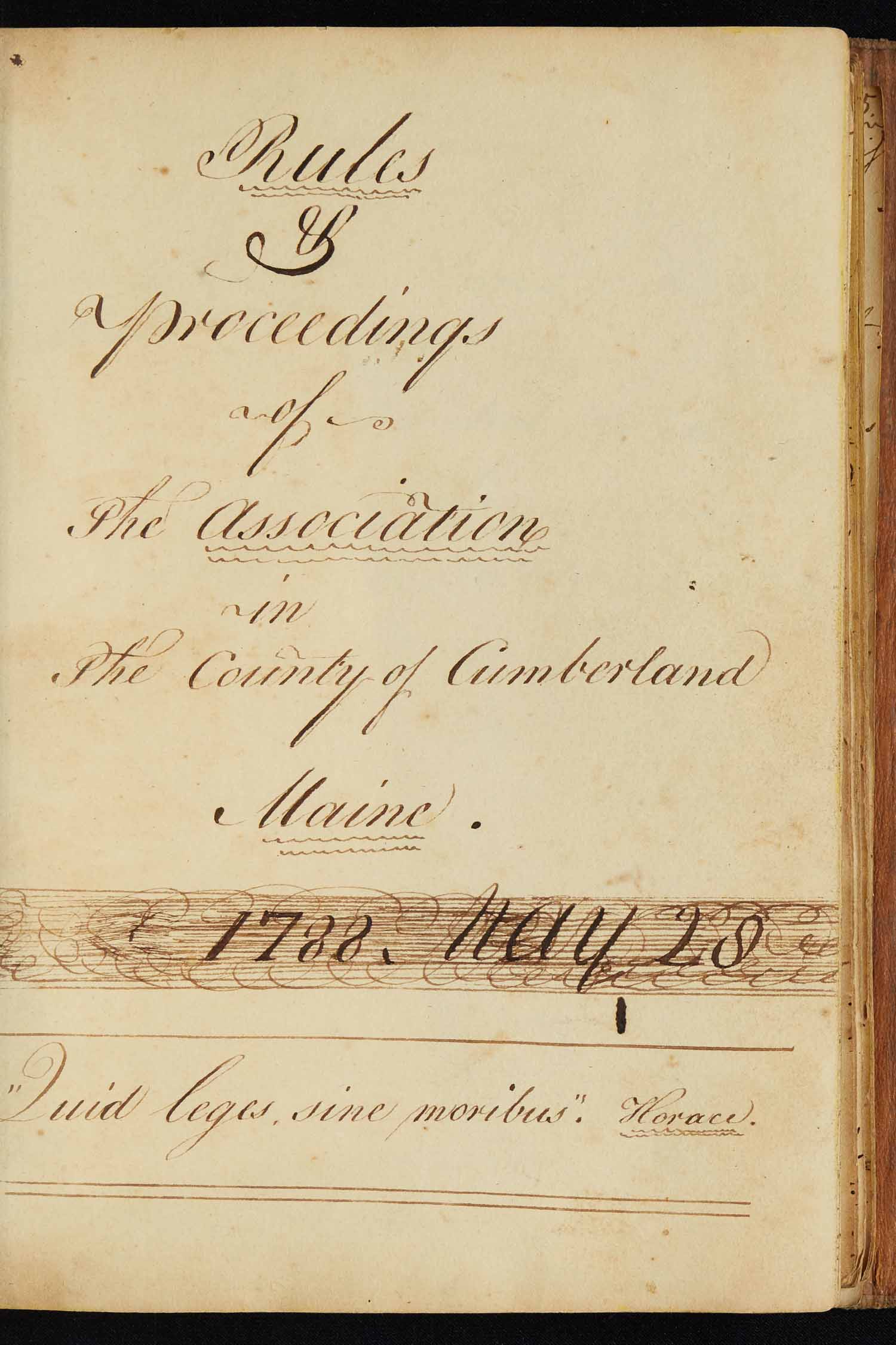