The land at the mouth of the Kennebec River, now known as Phippsburg, was originally inhabited by Abenaki peoples, and between 1607-1608 it was the site of the Popham Colony, one of the first two English settlements in New England. Further colonial settlement in the area was disrupted by numerous wars with the Abenaki, until the Treaty of Portsmouth in 1713 when conflict was formally ended. The settlement, formerly known as Newtown, was incorporated in 1716 as Georgetown-on-Arrowsic by the Massachusetts General Court. By 1751 there were ten farms along the Kennebec River on the Phippsburg peninsula.

On July 4, 1765 several members of the 1734 Presbyterian Church at Fort Noble, on Fiddler's Reach, withdrew from that church and gathered a Congregational Church at a meetinghouse beside what is now the Newtown Cemetery on Arrowsic Island. The new church was known as the First Church of Georgetown until 1814, and its first pastor was the Rev. Ezekiel Emerson of Uxbridge who served from 1765 until his death in 1815. As more church members began to live on the mainland, it was ruled impractical to row through dangerous ice flows on the Kennebec River in the winter to attend worship services. Consequently a new church building was completed on the mainland in 1802, on land donated by Mrs. Mary McCobb.

The digitized materials below include two consecutive record books dating from 1765-1837, which include administrative records such as meeting minutes, covenants and articles of faith, case records, copies of correspondence, and baptism, marriage, and death records. 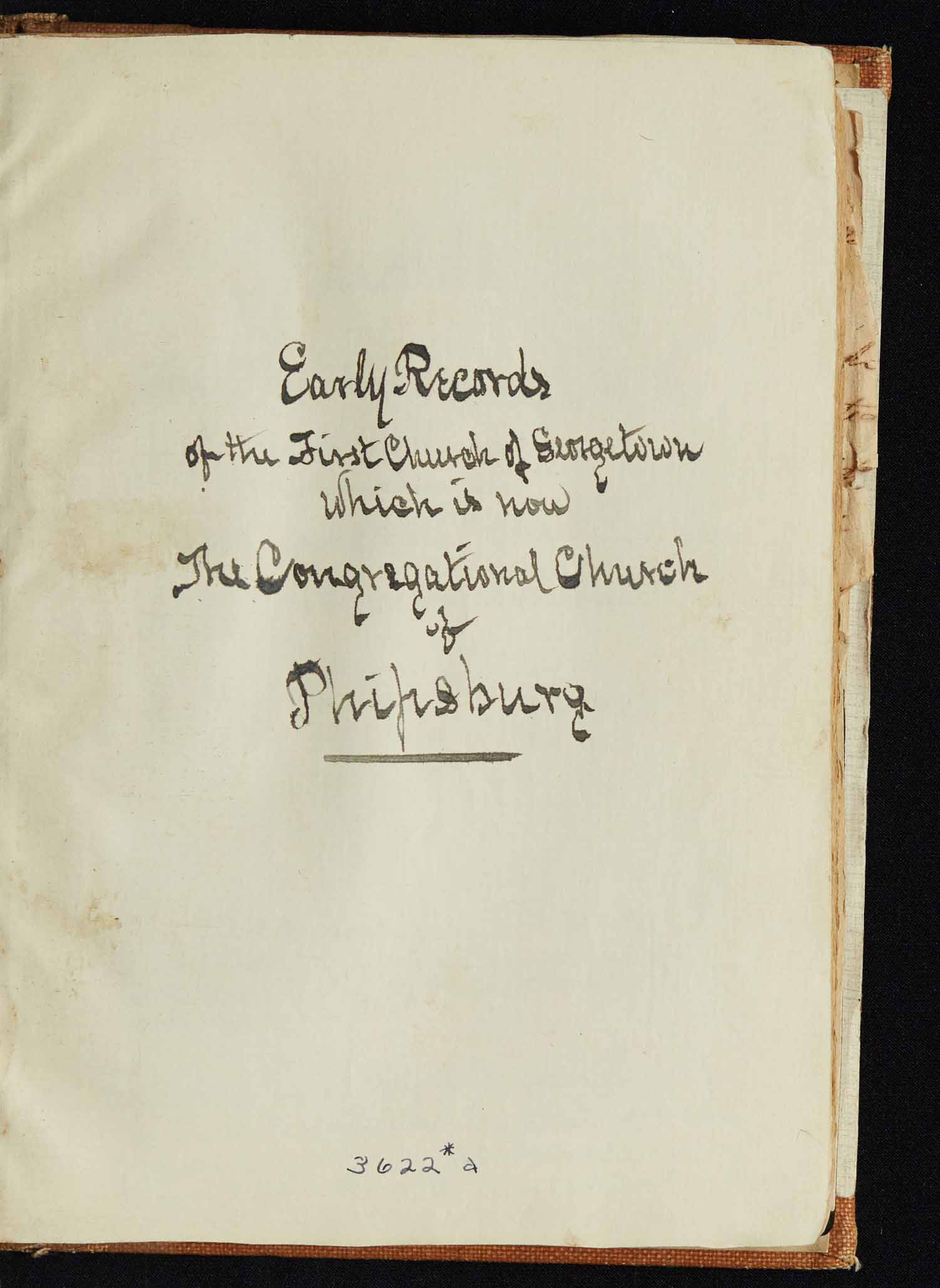