The First Church in Hull (formerly Nantasket) was founded in 1644. Rev, Zechariah Whitman was the first regularly ordained minister at Hull and served as minister from 1670 until 1725. Rev. Ezra Carpenter was the next minister and served as pastor from 1725 until 1746. During his ministry, a meeting house was erected in 1735. After Rev. Carpenter’s ministry, the church remained without a settled minister until 1753 when Samuel Veazie was ordained as the minister. Rev. Veazie sued the town of Hull in 1765 after difficulties arose respecting his salary and in 1767 he was dismissed from his ministerial relationship with the church. Rev. Solomon Prentice was employed by the town to preach following Rev. Veazie’s dismissal, though it is unclear if Rev. Prentice was formally settled at Hull. After Rev. Prentice left his ministry in 1772, there were no more settled Congregational ministers at Hull. Evidently there was not enough support by the town’s citizens to support a settled minister’s salary due to the diverse set of religious beliefs held by the townsfolk. In 1815 a vicious gale destroyed the 1735 meeting house; the building was never replaced.

The volume in this collection comprises handwritten transcriptions from the First Church's records dating from 1725-1767. These include listings of baptisms, marriages, and deaths. The records were copied in 1847 by Charles J. F. Binney from the records of Rev. Ezra Carpenter for 1725 to 1746, and the records of Rev. Samuel Veazie for 1753 to 1767. The earlier records for this church (1644-1725) were destroyed in a fire sometime before 1847. 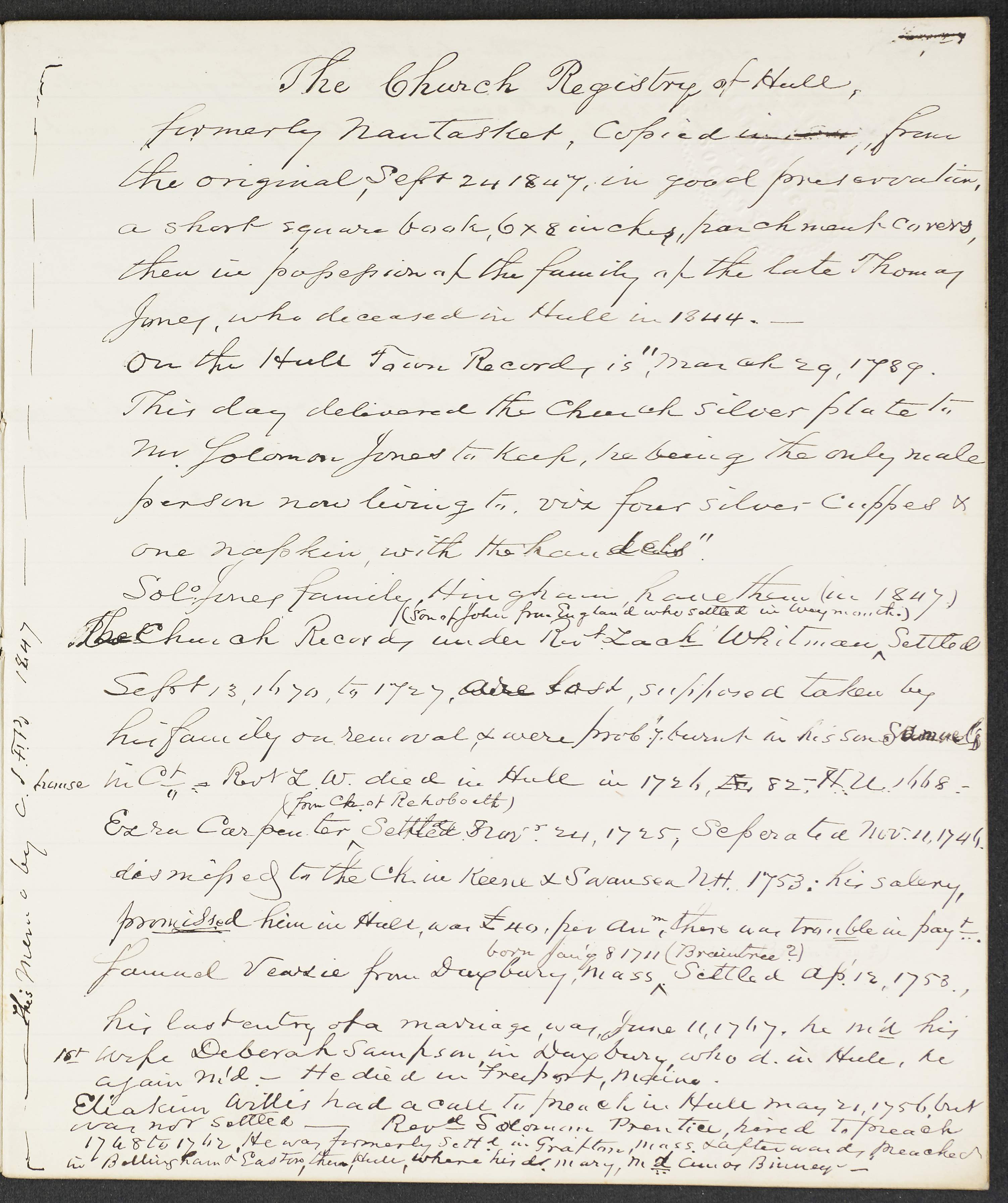