Browse the Church of Christ records in Uxbridge, Massachusetts

The town of Uxbridge, Massachusetts was incorporated in 1727. The first religious institution in the town, the Church of Christ, was gathered by Reverend Joseph Dorr in 1730. It was also in 1730 that the first church was erected in the town. This building was replaced by a second church in 1773, and the First Congregation Society was incorporated soon after, in 1797.

The First Congregational Society saw a fissure in the early 19th century due to religious tensions between liberal and Calvinist parties. The parish was divided into two separate societies in 1832: the more liberal division of the church became the First Congregational Society, Unitarian, and the more orthodox division formed the First Evangelical Society of Uxbridge. The Unitarian Society maintained ownership of the church building, and their first minister was Reverend Samuel Clark, who served from 1833-1859. This collection follows only this branch of the church, not the Evangelical branch, after the split.

The church grew and diversified in the first half of the 20th century, thanks to an economic growth in the town of Uxbridge. Major renovations were done to the building in 1926 and 1942 (and later in 1990 and 1992.) By the 1960s, however, many of the mills in town had gone out of business, and membership in the church greatly declined. By the 1980s, church services were combined with the Unitarian church in the town of Mendon, thus forming the United Congregation of Mendon and Uxbridge. The new by-laws called for a tripartite structure, where the two towns maintained their own societies, but the two combined services and became one congregation.

This collection contains a single volume of church administrative records dating from 1730-1829.

Find out more about Uxbridge, Massachusetts. Church of Christ records, 1730-1829. View this collection's catalog record at the American Antiquarian Society 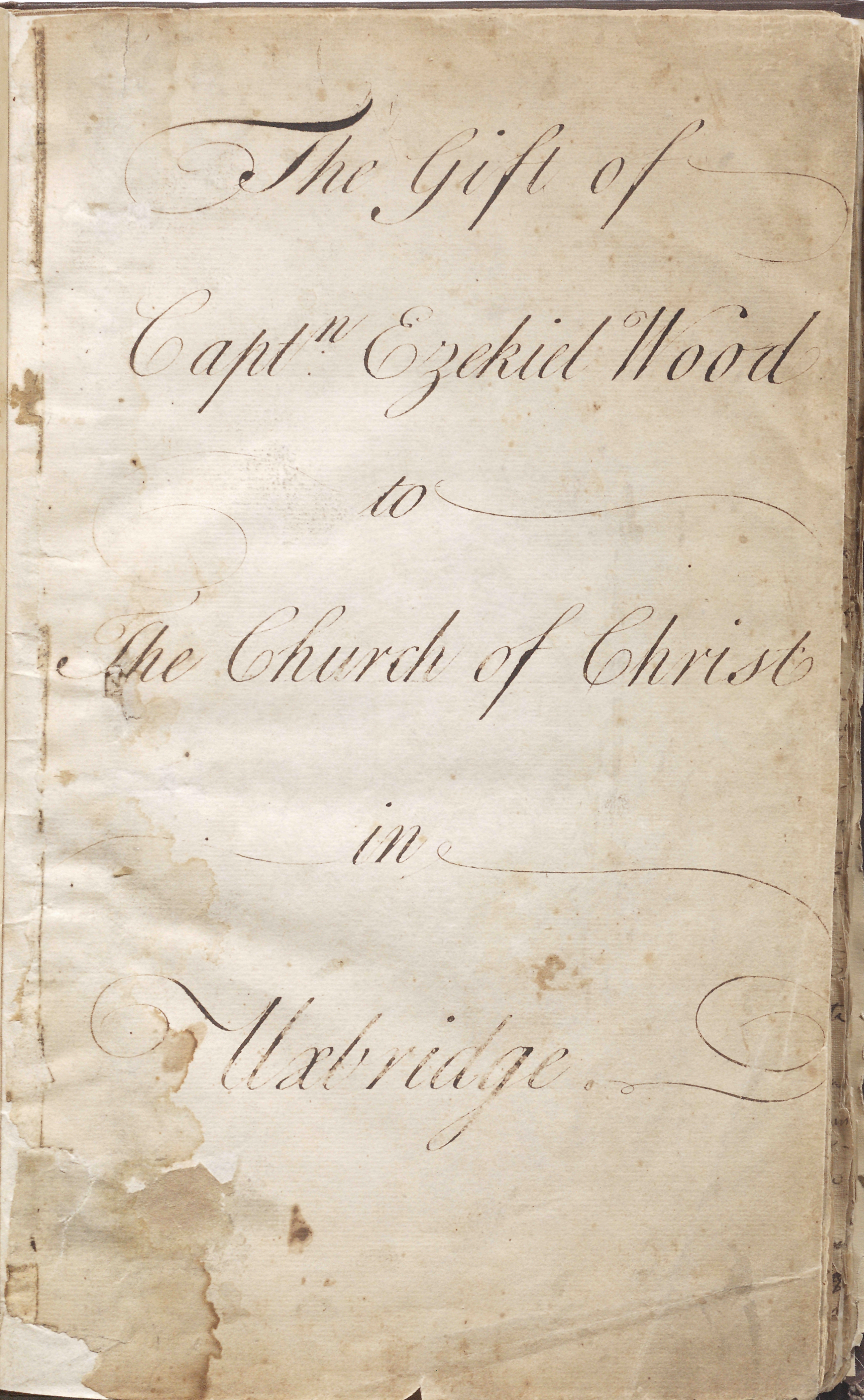