Browse the Church of Christ records in New Braintree, Massachusetts

Before being settled by re-located residents of Braintree, Massachusetts, New Braintree was occupied by various Native American groups for at least 9,000 years. In 1669, the town of Braintree, located southeast of Boston, voted that each household would be granted an equal interest in the 6000 acres purchased to the west, to be known as "Braintree Farms". The town's lands were formerly a part of the Quaboag Plantation. In ensuing years additional tracts of land which were formerly part of Brookfield and Hardwick were acquired. The land was first settled in 1709 and was officially incorporated in 1751 as New Braintree.

The Congregational Church was founded in 1754, and. Rev. Benjamin Ruggles was ordained as the first pastor. Rev. Daniel Foster was ordained a colleague with Mr. Ruggles in 1778. Mr. Ruggles died suddenly in 1782. Rev. John Fiske, the successor of Mr. Foster, was ordained in 1796.

The collection includes two record books for the Church of Christ, one kept the Rev. Daniel Foster (1750?-1795) between 1779 and 1783 and the other by Rev. John Fiske (1770-1855) between 1796 and 1811. They contain details of church meetings, business discussed and votes, and records of baptisms, admissions, marriages, and deaths, as well as a brief autobiography of Rev. Fiske. 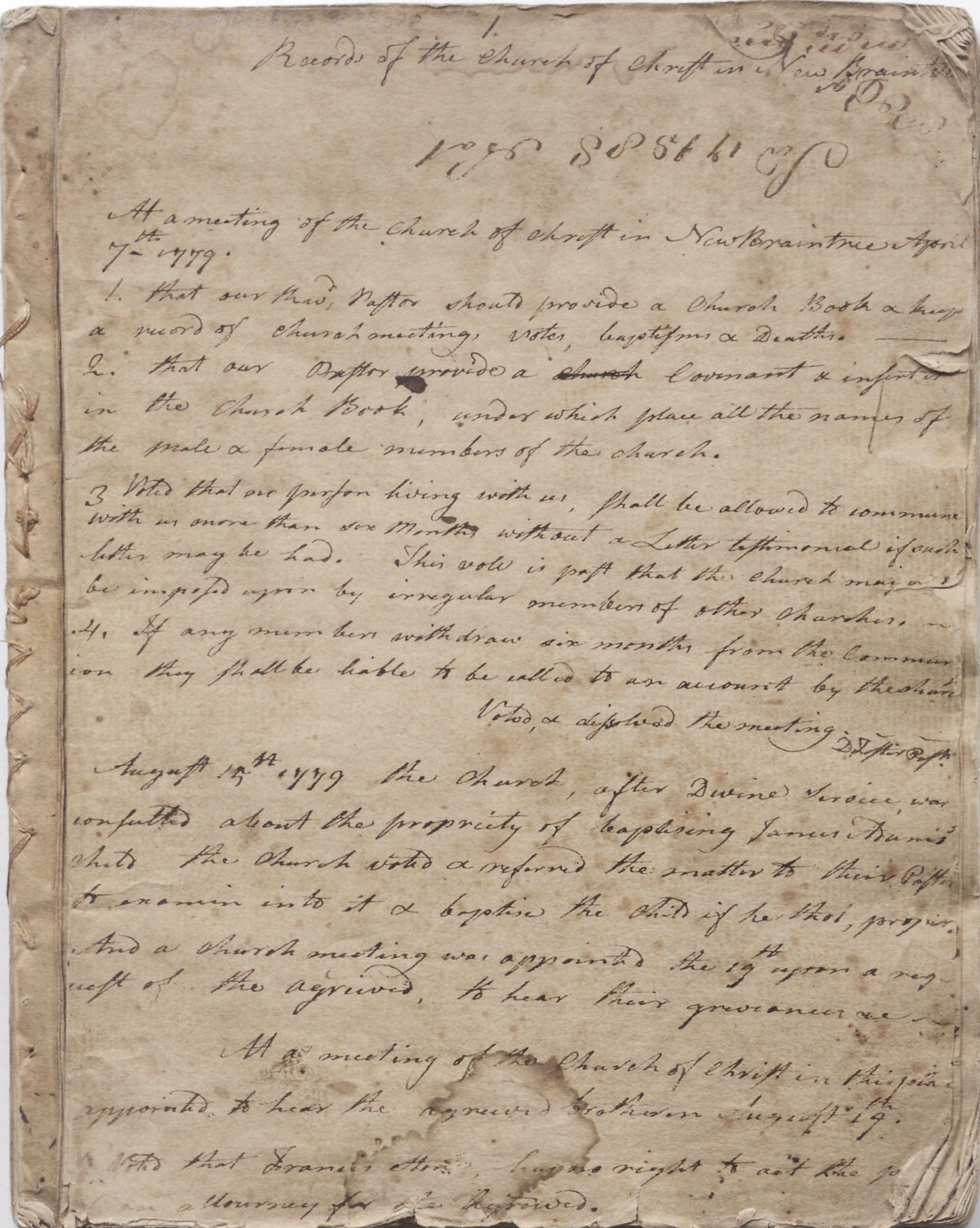