Byfield Parish Church (now located in Georgetown) was founded circa 1702 by citizens from the western portions of both Rowley and Newbury who wished to establish their own church. They were granted tax abatement with which to fund their church, and by 1702 land had been purchased, a cemetery laid out, a meeting house built, and a pastor, Rev. Moses Hale, had been called. In 1704 a parsonage was built, and the parish, known as Rowlberry or Newbury Falls up until this point, was renamed in honor of Judge Nathanial Byfield.

After Rev. Hale's death in 1744, the church called Rev. Moses Parsons to the ministry. Rev. Parsons pastored the church until 1787 when Rev. Elijah Parish was called. Rev. Parish served until 1825, and during his tenure a Sunday school was established and a stove was installed in the meeting house. The next two years saw a rapid turnover of pastoral supply, as well as several declined calls. It wasn't until the installation of Isaac R. Barbour in 1827 that Byfield once again had a settled pastor. Barbour resigned in 1833 after controversy broke out surrounding a disciplinary case. That same year, still-hot ashes from the stove lit a fire which destroyed the meetinghouse. A new meeting house was financed by the 'Proprietors of the Meetinghouse', which raised such an excess of funds by selling pews that the corporation's stockholders received a dividend. The new church building was finished within the year, and in December of 1833 Henry Durant was installed as pastor.

In 1930 the meeting house was struck by lightning and destroyed by the resulting fire. The small congregation was forced to borrow funds to build the present “old” meetinghouse. Byfield Parish Church is still active today and is a member of the United Church of Christ. 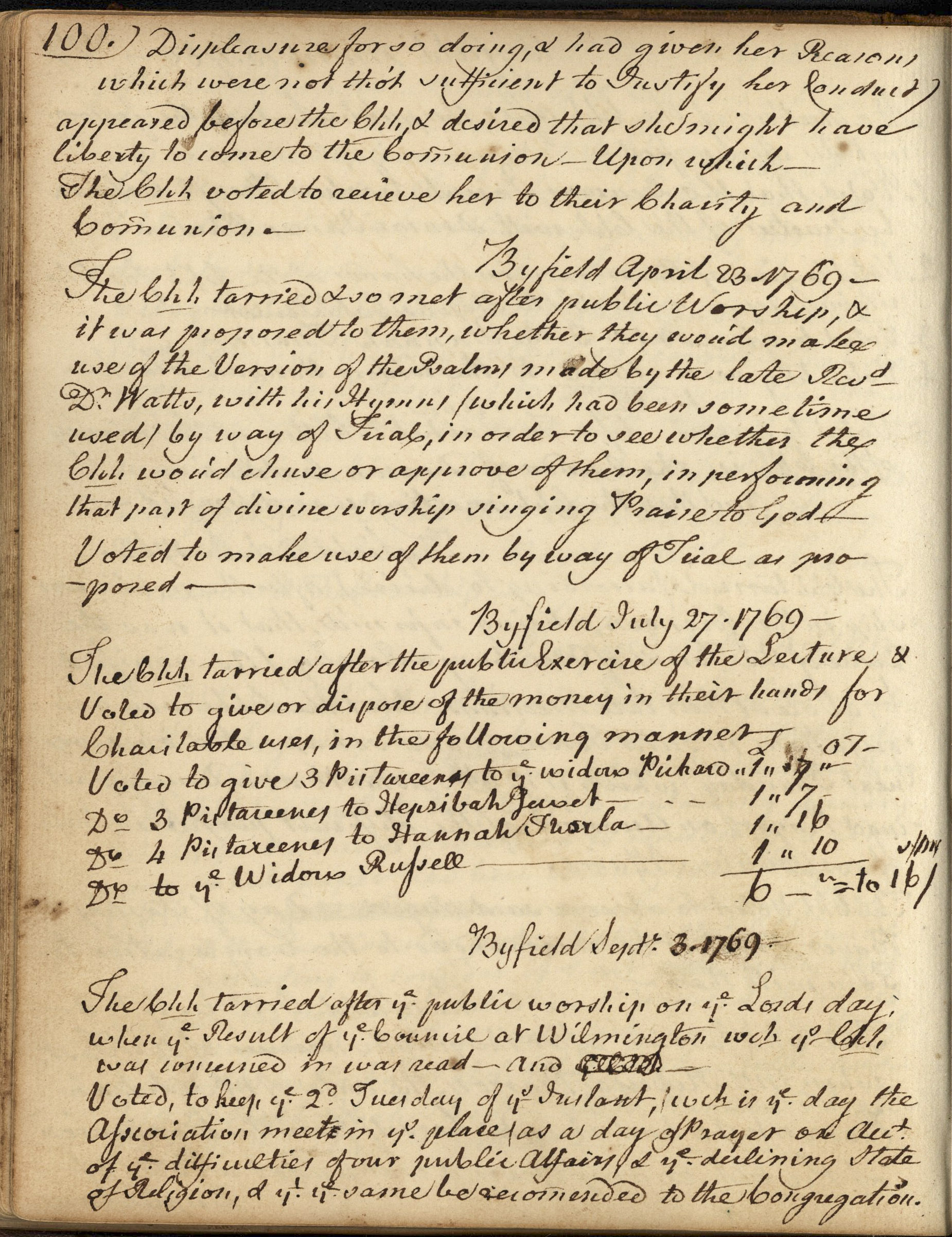