The digital collections below include three volumes of general Association records as well as ecclesiastical records, disciplinary records, and missionary correspondence.

Find out more about Berkshire Association of Congregational Ministers records, 1759-1871. View this collection's finding aid at the Congregational Library & Archives 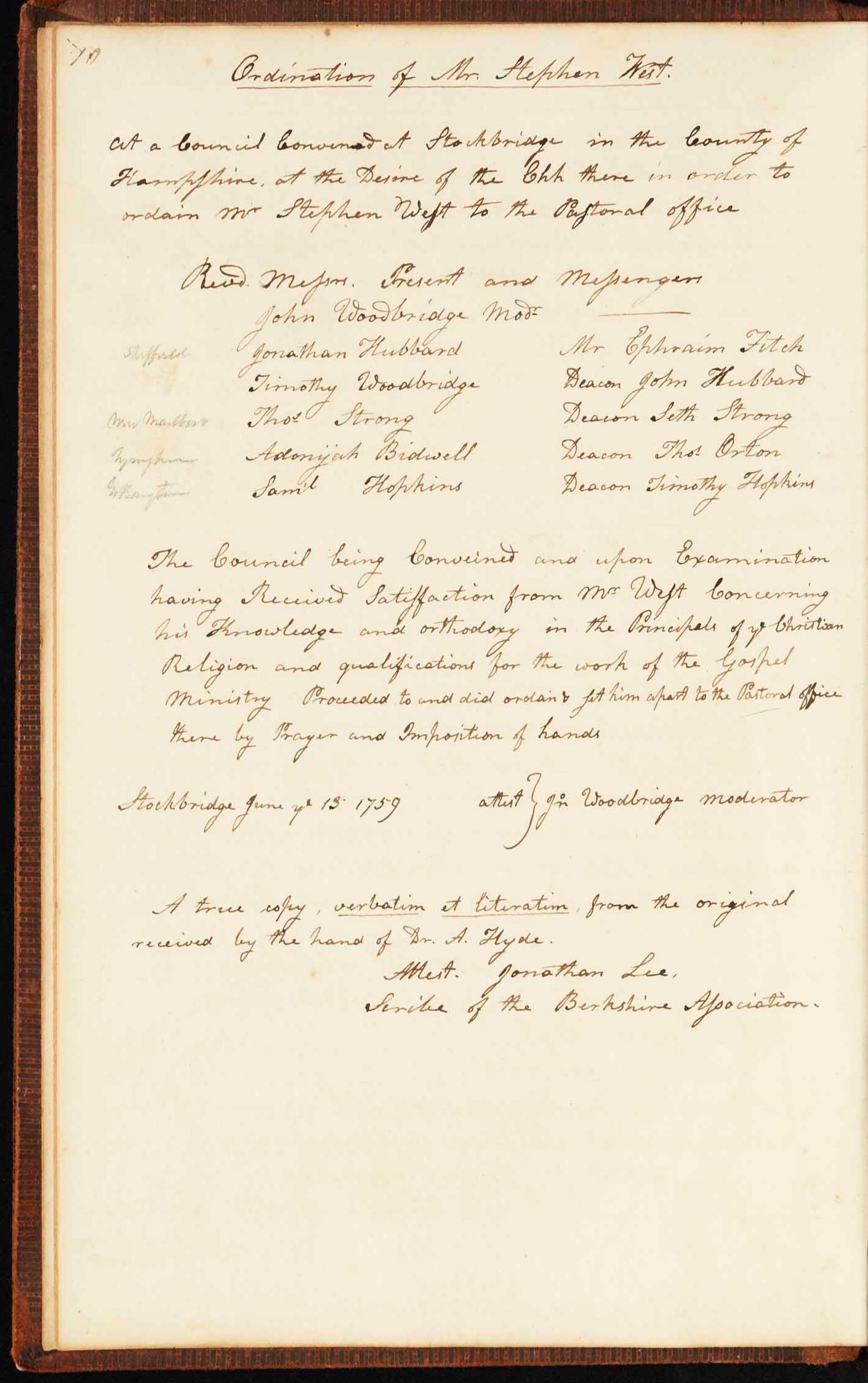