Rev. Benjamin Wadsworth (1670–1737), originally of Milton, Massachusetts, graduated from Harvard in 1690 and began to preach at the First Church in Boston in November of 1693. He was ordained as minister of the First Church on September 8, 1696. The ordination ceremony was notable for breaking with prior tradition; the "imposition of hands" was previously enacted by church elders, signifying that the power of ordination was in the church itself, rather than the ministry. At Rev. Wadsworth's ordination, however, only ministers performed the rite. He remained pastor of the First Church until 1725, when he was elected to be the eighth president of Harvard College. He died in 1737 at the age of 67. During his life he was known for his unusual powers of recollection, often delivering sermons by memory. A large number of his sermons and treatises were published, including one of the first explicitly anti-abortion tracts in North America. 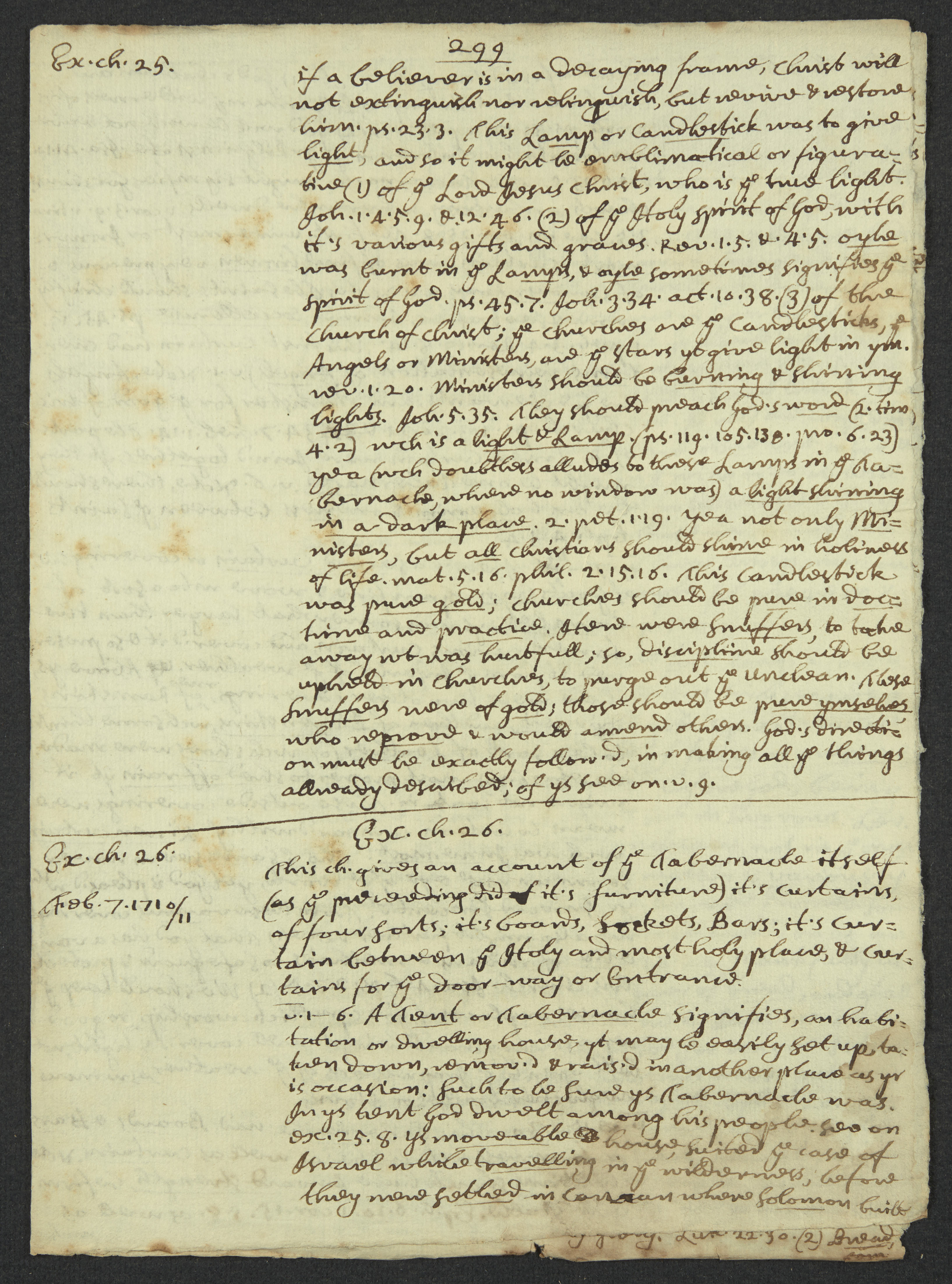